Reamer and its types | Metalworking

Scan used for finishing holes previously obtained the drilling, sankaralingam PLI boring. They produce holes with tolerances of a wide variety, starting from 5 and ending with first class precision, while providing a 6-7 and even 9 classes of surface finish. 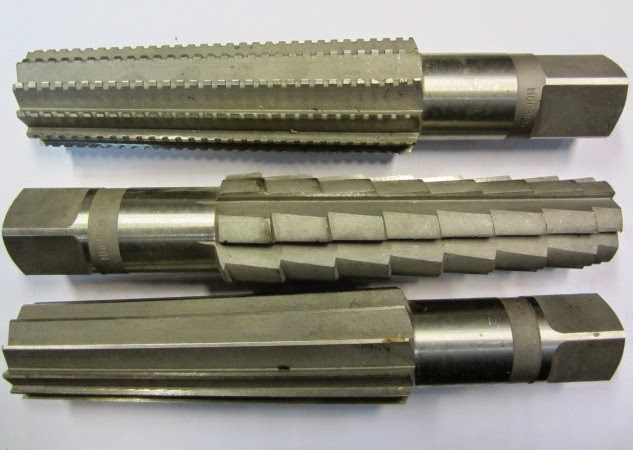 depending on the condition of use, as well as constructive design, the currently used scan can be divided into the following types or varieties.

method of application distinguish manual, which commonly have a small angle of 1.0—1.5°, and therefore, a relatively long cutting part and are actuated manually with a tap wrench or ratchet, and machinery used to work the PA machines.

the form of the working surface of the scanner are divided PA cylindrical, conical , combined and special.

In turn, they can be made solid or teams, the tail and shell with a constant diameter size and adjustable.

In the latter case, the regulation (recovery) of diameter size sweep can be performed through the use of various structural solution: by introducing an elastic element in the construction of a so-called snap scan (prodel regulation but more than 0.5 mm), as well as through the use of a scan Assembly structure.

In the first case, the scan is like a collet having a longitudinal through grooves in the flutes of the tool. When screwing the screw into the housing of the scanner bulb under the action of the rod moves in the axial direction and rasklinivat housing, thereby increasing the diameter size of the sweep. 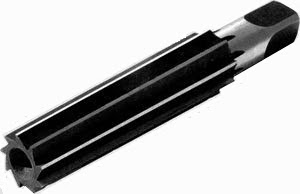 In the second case, methods of attaching false teeth is basically the same as considered for prefabricated structures of the core drills. In addition, the applied sliding sweep with a limit of adjusting the size of diameter from 0.5 to 3 mm and scan with provernutye teeth.

the design of the sliding sweep the base of the knife and the bottom of the groove under the knife the body is made on the cone. Regulation of the diameter size of the sweep in this case is effected by the axial movement of the knife along the axis of sweep under the action of the nut and ring. The ring and nut are locking elements, the locking position of the knives in each particular case.

structural provernutye knives one — or two-edge cutting insert is attached to the body with screws or screws and washers . Restore the size of the scan in this case is due to the introduction of thin strips of foil under the base of the knife and subsequent insertion, as in the previously considered cases, grinding, sharpening and lapping reamer in the size of the drawing.