Methods of increasing the durability of cutting tools | Metalworking

To improve the operational properties of cutting tools made of tool steels after heat treatment, finishing and grinding operations are subjected to further processing, bearing the General name of «operation improvement of surface layers» or «ennoblement», which are chemical-thermal, chemical mechanical, chemical, electrical, electrochemical, electroerosion, electrolytic and other methods. 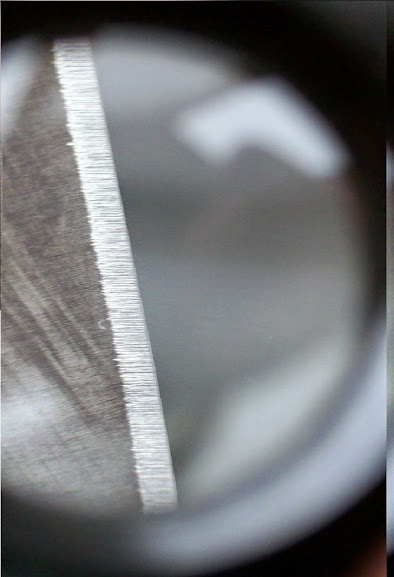 as a result of these operations, you can correct defects such as decarburization, inadequate and uneven hardness and structure of surface layers of the working part of the tool.

Chemical — termicheskii method is a kind of processing, where there is a change in the chemical composition and properties of surface layers of tools made of tool steel. These changes are most often achieved by diffusion of different elements from the external environment to the steel.

the Most widespread of thermochemical methods is cyanide leaching, i.e. the saturation of the surface layer of the tool both carbon and nitrogen. Instrumental in the production of wide application is the so-called low-temperature cyanide leaching liquid, which is usually carried out for tools from high speed steels at a temperature of 550-570° C in cyanide salt baths of the following composition:

3) 60% sodium cyanide NaCN and 40% soda Na2C03 with a melting point of a mixture of about 440° C. the Latter mixture is the most liquid and does not provide significant adhesion of salts to the treated instrument, and therefore more often used.

the cyanide leaching Process is performed after heat treating and final sharpening. The tool is immersed into the crucible with molten salts PA special hooks or wire and aged depending on the size, shape and pas values from 4 to 30 minutes. This gives tsionirovanie surface layer with thickness 0,02—0,07 mm, the upper part of which thickness is up to 2-3 MK includes, but excessive carbides in high speed steels, the cementite and iron nitride. The hardness of this brittle standing does not exceed HRC = 62-64, so it wears out quickly when cutting and does not affect tool life. The main influence on the cutting properties of the tool having the second part of the layer, consisting of martensite, carbides and turbidometric phase and having a hardness of HRC up to 70-72, and improved heat resistance and wear resistance. On the planned surface less frequently observed sticking of the processed material and therefore decreases the coefficient of friction descending chip. Due to these reasons the resistance cieniowane tools increased 1.5—2 times. However, the efficiency of the cyanidation process depends on the nature of wear and method of regrinding the tool. The greatest efficiency of the cyanidation process is observed for such tools, thread and worm milling cutter, dolben, shaped cutters and taps, regrinding which is only on the front side. Significant effect has also leaching from tools such as drills and core drills, keeping after the regrinding of tsia-nitrovinyl layer on the front surface and the auxiliary cutting blades. A lesser effect is cyanidation for cylindrical and end mills offer the regrinding cieniowane layer only on the front surfaces. Same spline milling cutters and cutting tools, which cieniowane layer is completely removed after regrinding should be re-cyanidation.

However, repeated leaching increases the fragility of the teeth of the tool. Besides these tools, the wear as the rear, and the hole on the front surface, cieniowane layer remains only in the initial period, and then destroyed cieniowane layer acts as an abrasive, accelerating the formation of the holes and thereby lowering durability. In this regard, re-leaching of such tools should not be performed.

Sulfatirovnie as cyanidation, is performed after the heat treatment and sharpening tools. It usually is dependent on the size and shape of the tool delayed from 45 minutes to 3 hours in a crucible bath at a temperature of 550-560° C. the composition of the bath comprises heating (39% of calcium chloride, 25% of barium chloride and 17% sodium chloride) and active (13.2% of iron sulfide powder and 3.4% of crystalline sodium sulfate), and accelerator — 3.4% of ferrocyanide.

After sulfatirovnie surface of the tool is gray. The surface layer thickness up to 0.1—0.12 mm mainly in the grain boundaries stand out sulfur compounds FeS, which are in the process of dry friction samosatenus ability, thereby reducing the frictional force chip on the cutting tool and increased 1.5-2 times the wear resistance of the tool.

Processing in the atmosphere of dry and superheated

After this stop the flow of steam and finished cooling with tool pecio or air followed by washing it in hot tea oil. As a result of such processing on the surface of the tool forms a dark blue film of magnetic iron oxide FesOi thickness of 2-5 microns. This oxide film protects the tool from corrosion and retains lubricant, reduces friction and dramatically increases the temperature of the welding of working surfaces of the tool with shavings when cutting, thus contributing to increased tool life PA 50-75%. In addition, steam treatment eliminates the undersupply, which may occur after quenching, shlifovanie also relieves stress, contributes to the further transformation of austenite in the secondary martensite in the ground surface layer and improves the marketability of the instrument. Steaming is a simple, cheap and safe operation.

It is appropriate for those instruments that cannot be subjected to cyanidation and cyanidation of the past.

Chemical — mechanical methods of refining are used to remove burn marks, released troostite or sorbitol and other defects of the surface layer of the working part of the tool.

Defective layer can be removed by mechanical lapping, using a paste GOI and abrasive paste and a polishing in electrolyte solutions. In the first case, lapping is done with cast-iron laps, overact pasta, sostojashie of 65-75%) of an abrasive (boron carbide, diamond, Borzoi, etc.) and 35-25% paraffin. For debugging high-speed tool widely used fine-grained, Borrazopolis, carbide and diamond laps. In addition, bring a hard alloy can be performed in solutions of electrolytes, resulting in exempt grain carbides of tungsten and titanium, which are then removed with emery powder.

Chemical and electrochemical machining is performed by etching of the defect layer by acids or salts.

In the first case, after a preliminary degreasing the tool was placed in an aqueous solution containing sulfuric and nitric acid, and copper sulfate, and produce conventional chemical etching. A more suitable method is electrochemical strawlike when the tool is suspended in the bath and n is the cathode, and with the two sides suspended lead anodes. The process is conducted at a voltage of 2-6 and a current density of 10-15 A. For 5-10 minutes, removed the defective surface layers with a thickness of 0.01 to 0.02 mm, which provides improved tool life.

Electrolytic coating of the working surfaces of the tool with chromium is widely used in the processing of tools made of various tool steels. It runs at low temperatures of 50-70°. Moreover, this coating has a high hardness (HRC=65-67) and wear resistance n is carried out in baths of the composition: 250 g of chromic anhydride СгЬ3; 2.5 g sulfuric acid, H2SO4; 1 liter of water. The tool serves as a cathode, and the anode — lead or stainless steel. The current density in this case is from 14 to 22 A/dm2.

the essence of the process in chrome plating is the deposition of chromium to chromic acid in the presence of ions. For the deposition of chromium in the grooves in the holes of the anodes attached to the corresponding form. The dwell time in the bath depends on the desired thickness (0,01—0,04 mm) of the coating. In order to avoid exfoliation of the chromium surface of the tool is subjected to coating, carefully polished and polished, and then degreasing.

In the manufacture of cutting tools of high speed and alloy steels chrome plating is a means to further increase their wear resistance after cyanidation. This is due to the following positive properties of the chrome-plated layer:

2) a reduced coefficient of friction compared to conventional hardened steel;

4) high thermal conductivity (up to 10-12 times compared with high speed steel) improves heat dissipation during operation of the tools;

5) nalipaet less of the processed material, the surface PA of the instrument.

In this regard, the resistance of the cutting tools (broaches, reamers, etc.) is increased 1.5—2 times. But despite the high properties, electrolytic plating is less common cyanidation and other techniques of treatment. This is due to difficulties with quality and uniform chrome plating of tools of complex shape.