will Try in detail to explain the essence of the process of deep drilling. 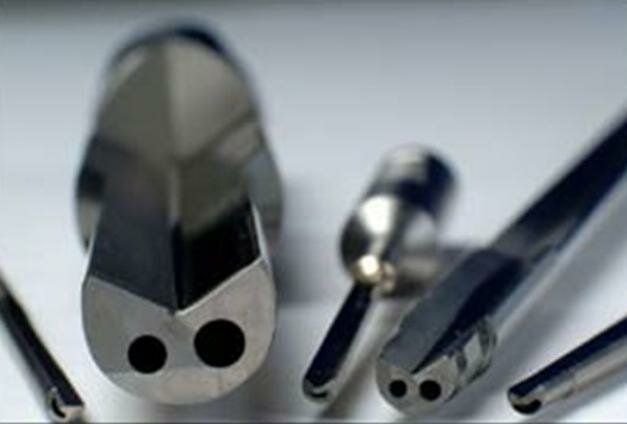 the tilt of the axis of the hole at the ends of the billet;

the curvature of the hole axis in cross-sections of billet;

raznoshennoy of the workpiece in cross-section;

ledges of holes at the interface for two-sided drilling;

kink axle, drilled from two sides of the hole; 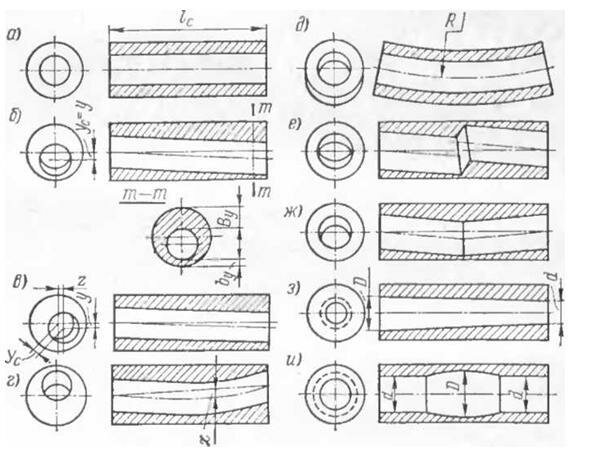 curvature Correction of the hole in deep drilling is carried out either by pressure or by boring to the depth of the hole.

curvature Correction to the bore axis should make a edit of the workpiece or the boring of a hole, permitting the allowance.

If the withdrawal for two-sided drilling is developing in relation to the workpiece in one direction, there will be a fracture to the bore axis, if in the opposite direction — you get the ledge.

Both of these defect very unpleasant when deep drilling and can be fixed only by boring. In some cases, multiple, requiring the increased allowance.

the Ellipticity of the holes caused by the phenomenon of «copying» when boring holes with uneven. To eliminate the ellipticity can be, if you allow the seam allowance, finishing or rough boring. Sometimes ellipticity eliminate pulling.

defects in the cut, are vibrating then formed on the surface of the hole of the workpiece due to the vibrations of the drill.

Taper holes when drilling occurs because of the increased wear basic guides drills, or their bearing edges. So if you have taper special attention should be paid to the material of the cutting and guide elements of drills and coolant. It is noticed that instruments with external chip removal tend to form a greater taper than the tools with internal chip removal.

Bochkoobraznoj holes occurs only if the drill is losing support in the hole and quickly fails.

the Average drift of the axis of the holes for drilling odnocletocnami drills was 1.5 mm, while the average slip when drilling choose from double-lip drills was 4.5 mm, ie was three times higher than odnokletochnykh drills.

experiments were conducted with drill, covering virtually every possible combination of drills: drills with absolute certainty-based (odnokratnye drill) to drill without certainty-based (twin-edge drill, the working methods of dividing flow). Wanting to test the specificity of certain types of tools in respect of cutting speed, drilling was conducted at high and low speeds.

cutting Speed, no matter what size she may be, is not the cause of the withdrawal of the drill, however, this factor can reduce cross raznoobrazhivaet and significantly reduce the drift.

currently, the permissible slip of the drill for deep hole shall be taken as 0.3 mm per 1 m length of drilling.

For drilling with small withdrawals, you need the following:

4) to make drilling possible with the rotation of the workpieces;

6) external pre-drilling of workpieces such as bodies of rotation to provide uniform allowance to eat;

7) to accurately center the blanks and fill the holes under the length of the tool.