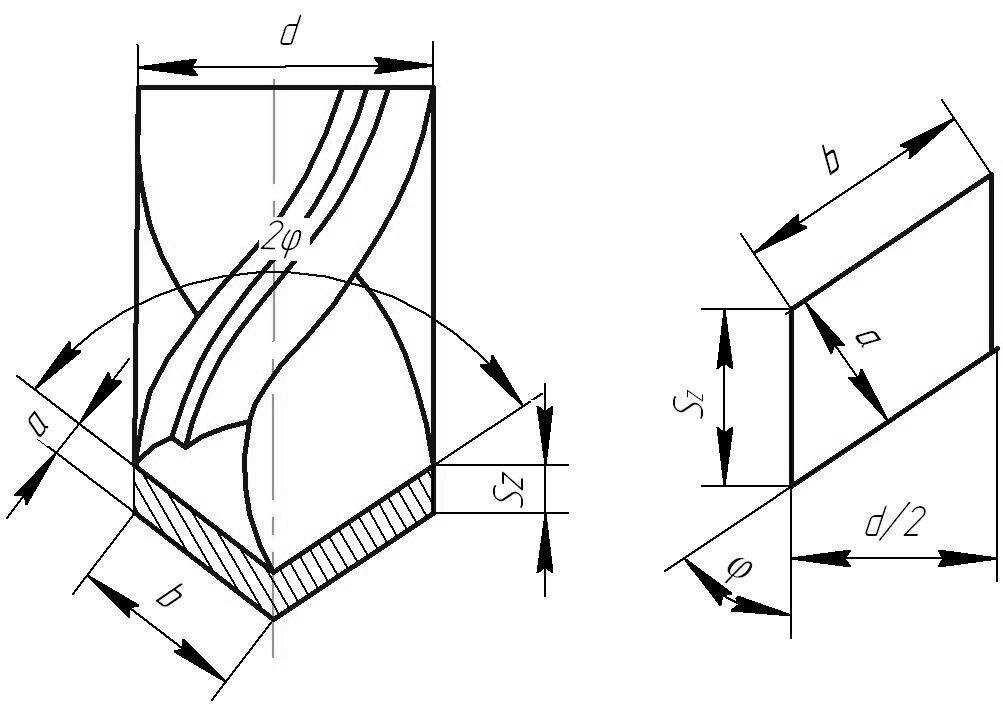 Liane of the apex angle 2φ of the drill when grinding is caused by the change of thickness a and width b of the cut when drilling with increasing angle 2φ, increased thickness and reduced width of cut.

the Back angle α is an important design element of the drill to which you should pay attention when sharpening drill bits. Its magnitude has a significant impact on the work of the friction forces and, consequently, the temperature in the cutting zone. When the temperature in the cutting zone of the processed material begins to actively absorb atmospheric gases, resulting in higher strength and lower ductility by altering the cutting process and the resulting inhomogeneity of the surface quality. The increase in the angle α when sharpening drill bits reduces friction, but reduces the rigidity, which leads to vibration of the drill and reduce the accuracy of the drilling.

Rear angle on top of drill bits for metal forming on the machine for sharpening of drills conical or plane sharpening. Stocktake when the conical surface is a smooth decrease in the rear corner. With a dual plane sharpening of the drill point are ground to a straight plane, to reduce the friction of the rear surface when drilling on the surface additionally remove a layer of material at an angle of 20-25°. 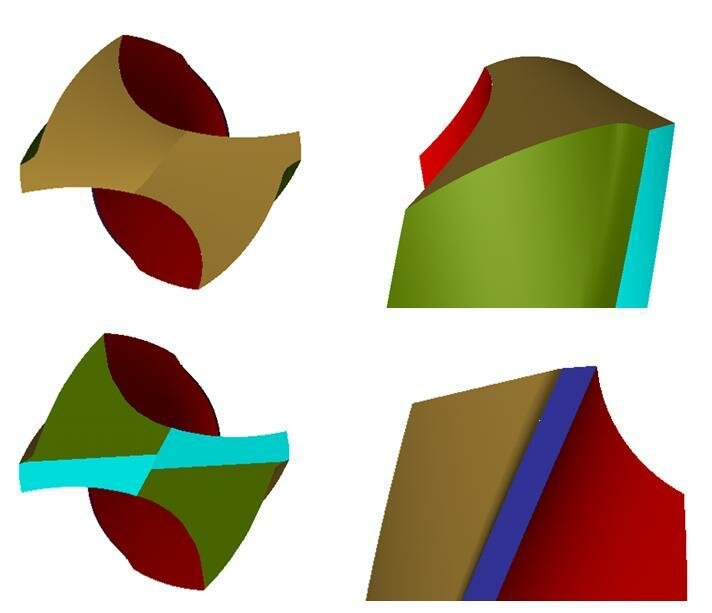 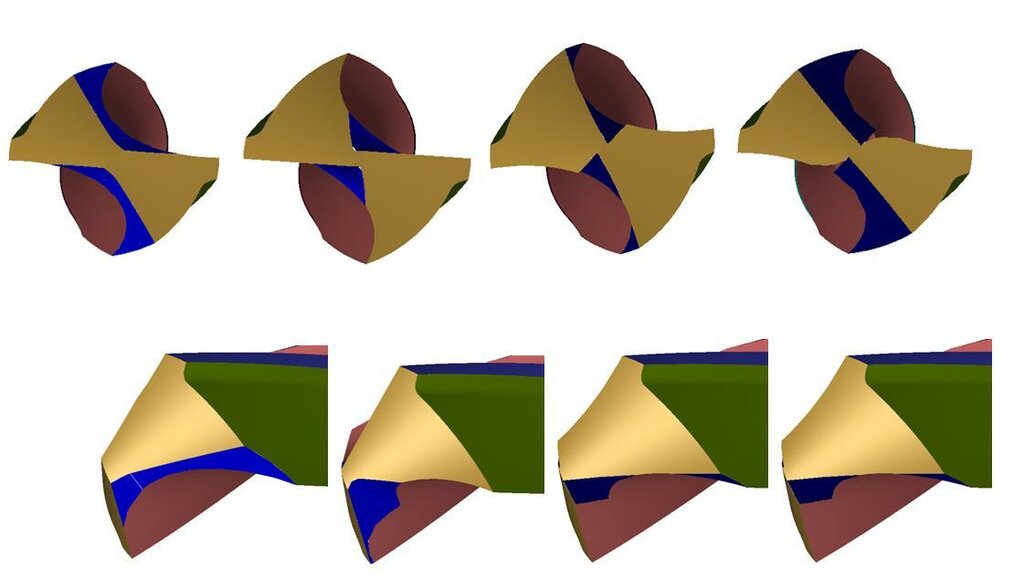 twist drill bit has a small amount of the front angle γ in points at the transverse cutting edge, which impairs the cutting process, the Central part of the drill. Allows the gun nose to the front corner of the transverse cutting edge. Excessive increase in the angle γ larger than the angle of inclination of the helical grooves, increases narezanie surface Potocki the front surface of the drill forming a hole with radius R. The hole prevents a descent chip and contributes to its sticking to the surface of Potocki that leads to a reduction in processing accuracy when cutting. 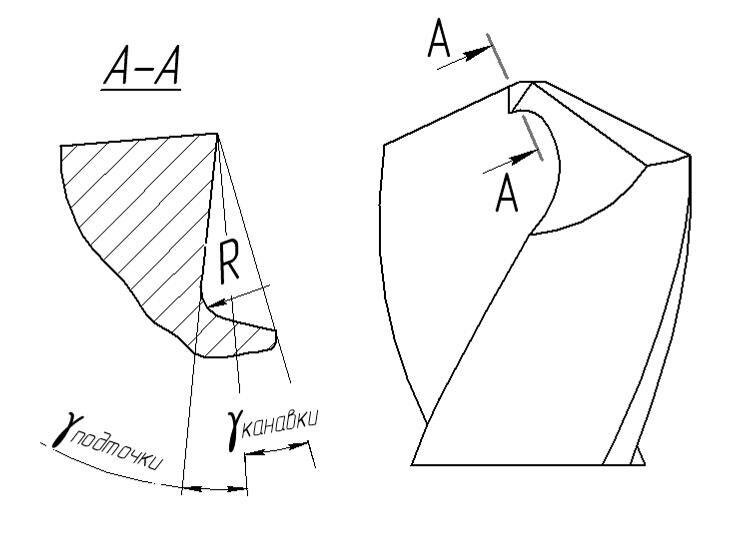 ← The threading Design and form mold →