the mold for casting under pressure is a tool used in conditions of cyclic temperature changes by several hundred degrees. In these working conditions to produce the desired casting quality press form is made to the nearest 0.05 mm . To fulfill this condition, engineers and technologists in the molds developed many design solutions to simplify and accelerate the process of their production. 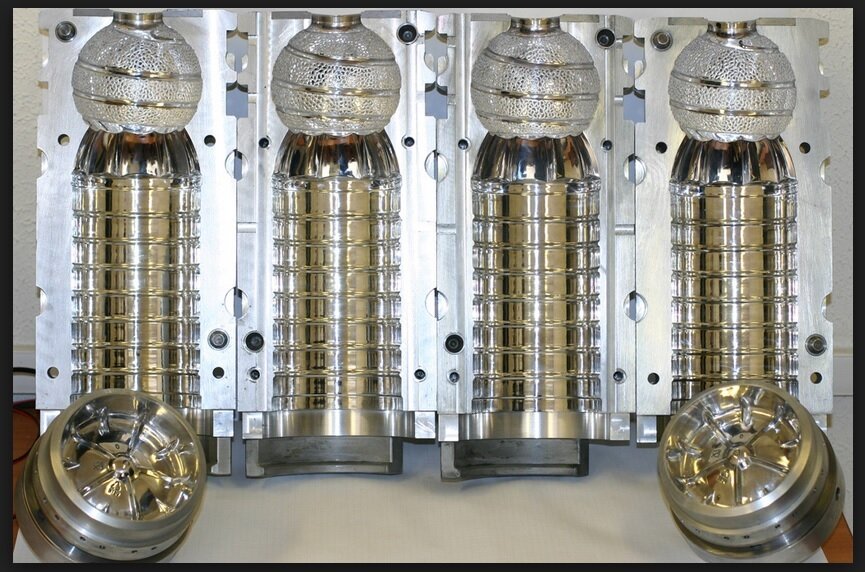 mould is a tool intended for molding three-dimensional parts of different materials.

Punch press mould– movable part of the mold, is designed to transfer pressure on the material. The plug has protrusions designed for processing the inner surface of the obtained details. Due to the fact that we get an item upon cooling, shrinks compressing the protrusions, eat the finished product after opening of the molds is performed using a punch.

Matrix molds-is the stationary part of the mold which has a depression.

the Runner hub is the channel through which flow of material into the mold cavity.

parting Line molds is the surface on which converge the punch and die.

Moulding cavity molds is the cavity echoing the shape of the future details and between punch and matrix.

the Most simple and common mold is kholodnokanal’nye press form with two plates.

kholodnokanal’nye press form with two plates and Gating of the Central channel provides for the free passage of the molten material. Further, from the guard gate, the molten metal goes straight into the forming cavity. Products produced using such molds can be seen on a large circular cut located in the heart of the items received.

to Derive the resulting product and separating the sprues by using a pusher system mould, which consists of shank plate Cam followers and a few followers. Pushers to press the shapes come in different forms. If the tappets are of cylindrical form, it is visible round marks on the inner surface of the items received.

trehprudniy mold two parting lines, one line is needed to release details, the second line for extracting a cooled sprue. This design allows you to make the parting gate to carry out injection not only on the perimeter, but also in any point of the forming plane. The injection point diameter reduced to a couple millimeters, and the parting gate parting automatically when opening the molds. 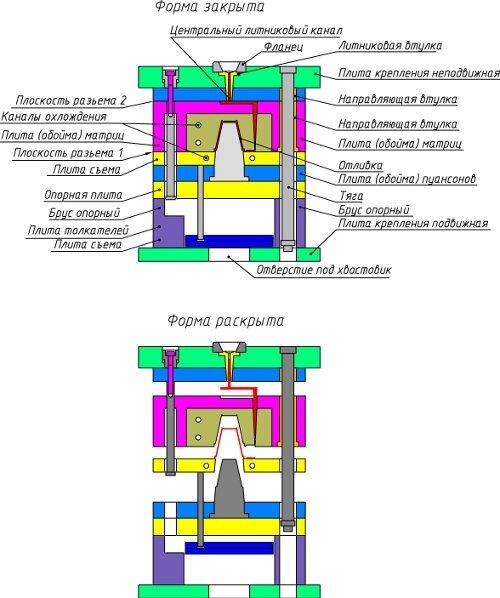 trehprudniy mold removal cycle usually starts when the form is opened at the first parting line extending between the matrix plate punch, and diluting the sprue away from the part. When the part is fully released, it begins the disclosure of the second parting line with the extraction gate.

shown above In the mold, removing the casting from the punch is made by the plate removal. This method is used in the case where the presence of parts of traces of the pushers is not allowed or if you need to provide when casting a uniform distribution of force when pushing.

In the press forms hot runner Gating system is provided with a heater, which maintains the material in the molten state. In this case, you do not need to remove the gate, which significantly reduces the cooling time of the molds and reduces the volume of waste. 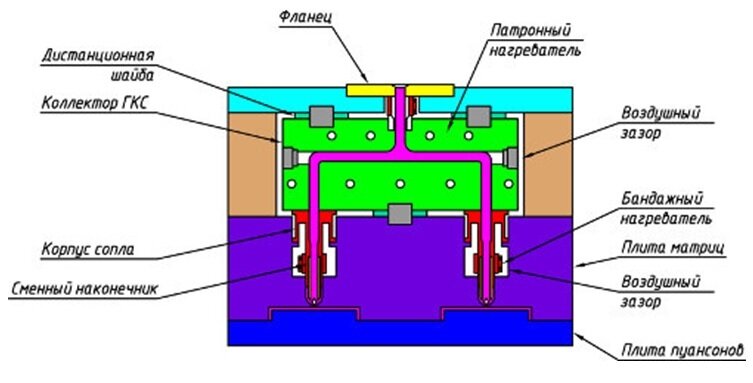 Runner system hot runner molds consists of two key elements – distributing manifolds and the nozzle system. Manifold system, which is located in the plate of matrix that delivers the molten material of the workpiece from the nozzle of the molding machine to the nozzles. The nozzle serves the material directly in the molding cavity of the molds.

Kind of manifold and nozzles are very diverse, but since they often fail manufacturers of molds tend to use standard, interchangeable design. 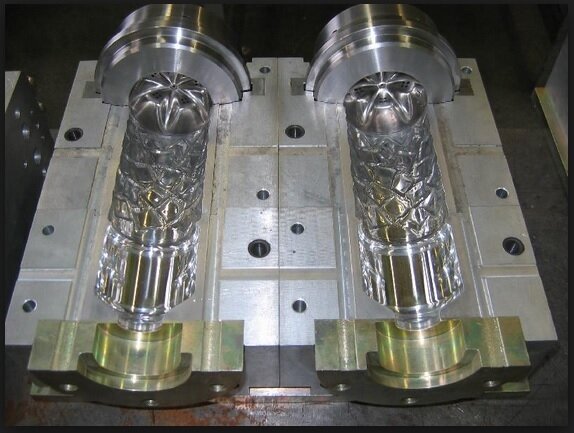