How to prolong the service life of the cutting tool | Metalworking

Smart manufacturers have learned long ago, that presently the ability to control costs is the most important condition for success. If You will be able to increase durability of the cutting tool, then You significantly reduce costs in the process.
Manufacturers of tooling very well understand it, so the latest achievements in the field of mechanical engineering technology focuses on increasing the value of resistance of the cutting tool. We will tell You that you invented in recent times to increase the tool life.

Here are five main factors that helps manufacturers to reduce the cost of cutting tools. 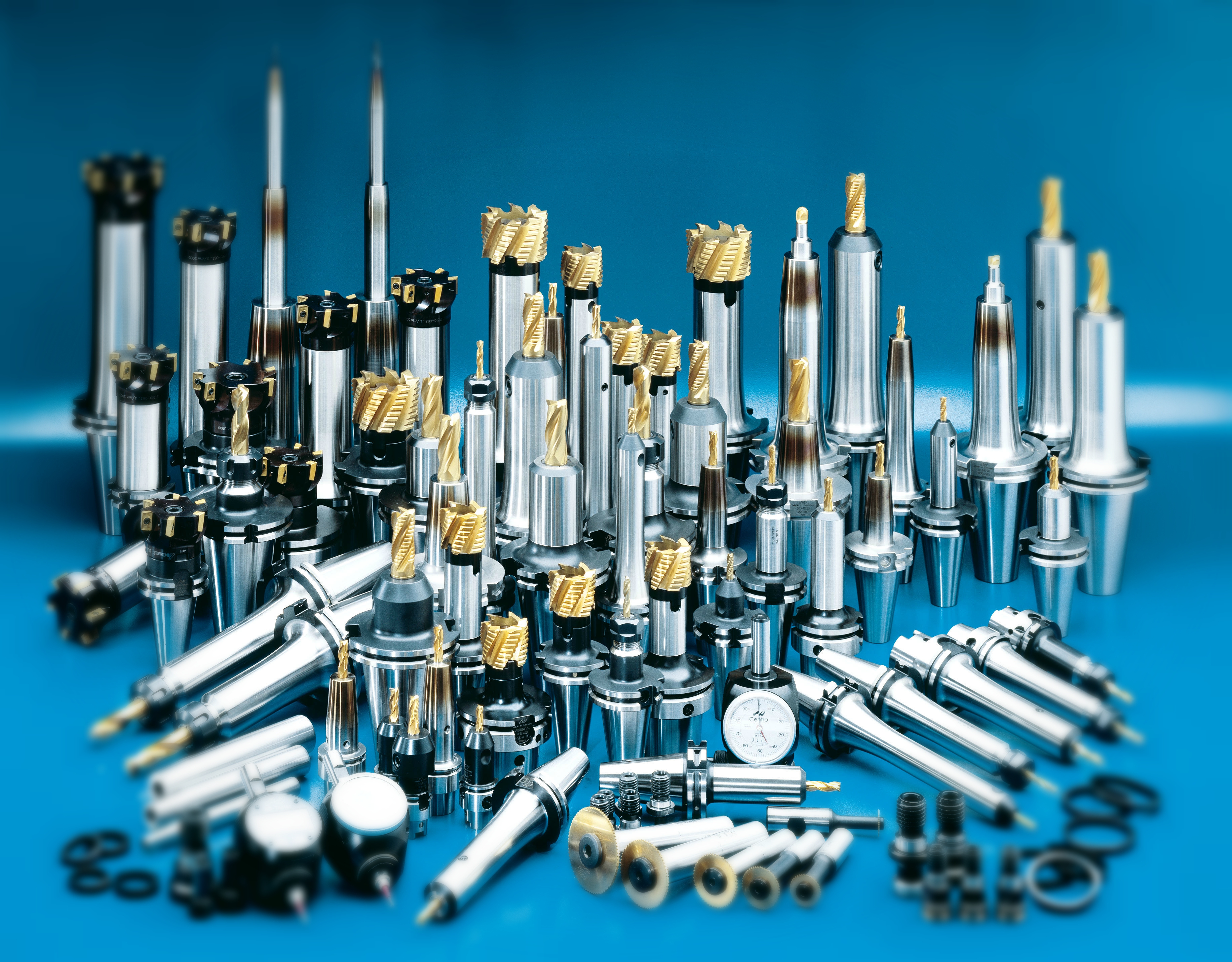 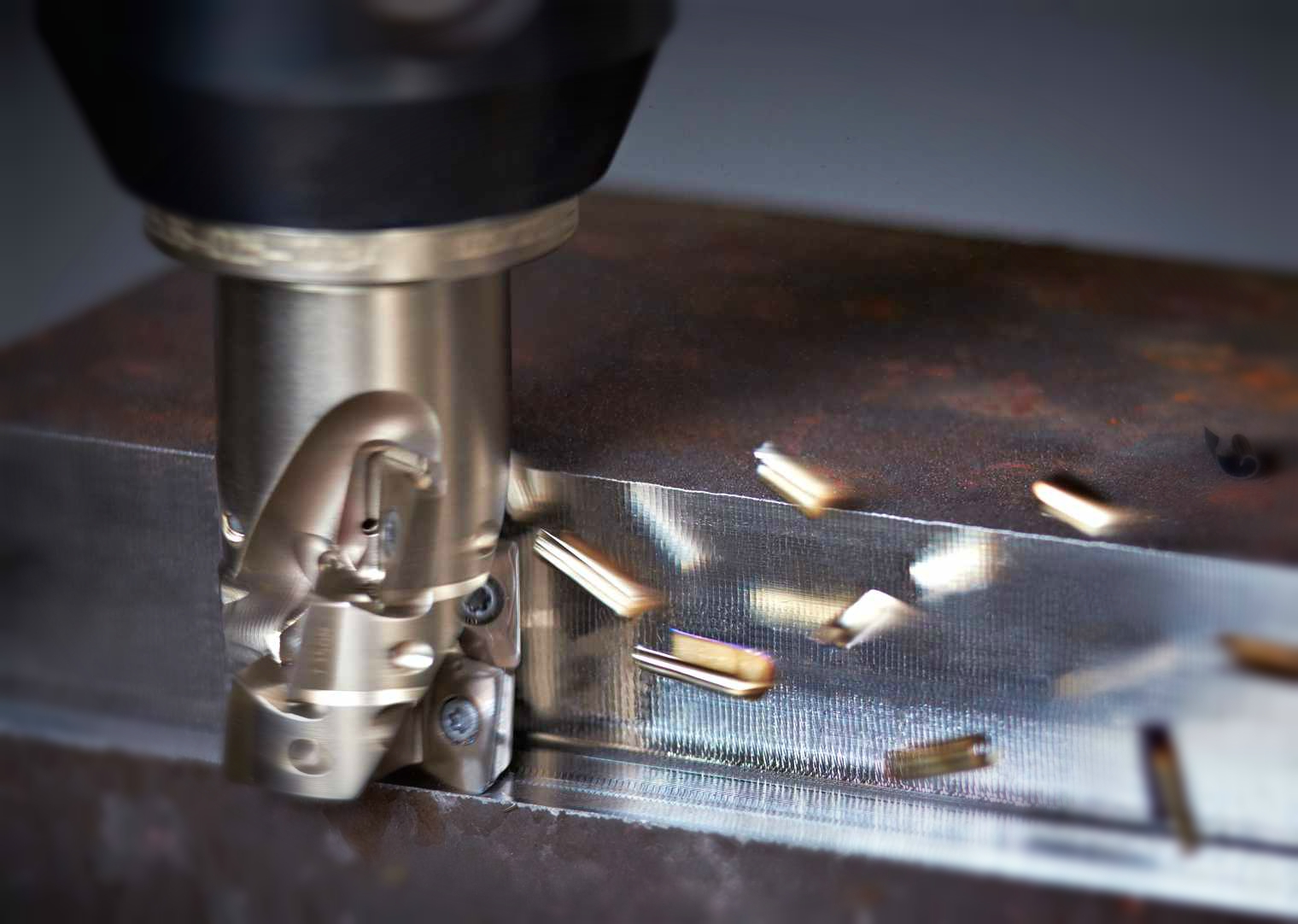 there is Heating due to the speed at which the cutting tool cuts into the metal and due to the friction of the chip exhaust. When CO2 is applied to the cutting surface is substantially prolongs the service life of the cutter. Also used duct lubrication system consisting of two substances – CO2 and dry lubricant in the form of an aerosol or air.while the extension through the hole for the coolant supply and subsequent evaporation of the carbon dioxide is cooled to — 78°, settling on the cutting tool, receive the item and form the chips in a white bloom (sometimes referred to as artificial ice). Therefore, the dual cooling system is very good and fast job.on

Application internal coolant on the drill bits increases the service life by 30-40%.< / span>

Application internal coolant on the cutters, increases lifespan by 20-25%.< / span>

dual cooling CO2 and dry lubricant on the drill bits increases the service life of 45-60%.< / span>

using the chipbreaker on the drill bits increases the service life by 15-20%.< / span>

using the chipbreaker on the cutters, increases the service life of 35-50%, depending on the treated material.< / span>

the coating on the cutting tool increases the resistance of at least 1.5-2 times.< / span> 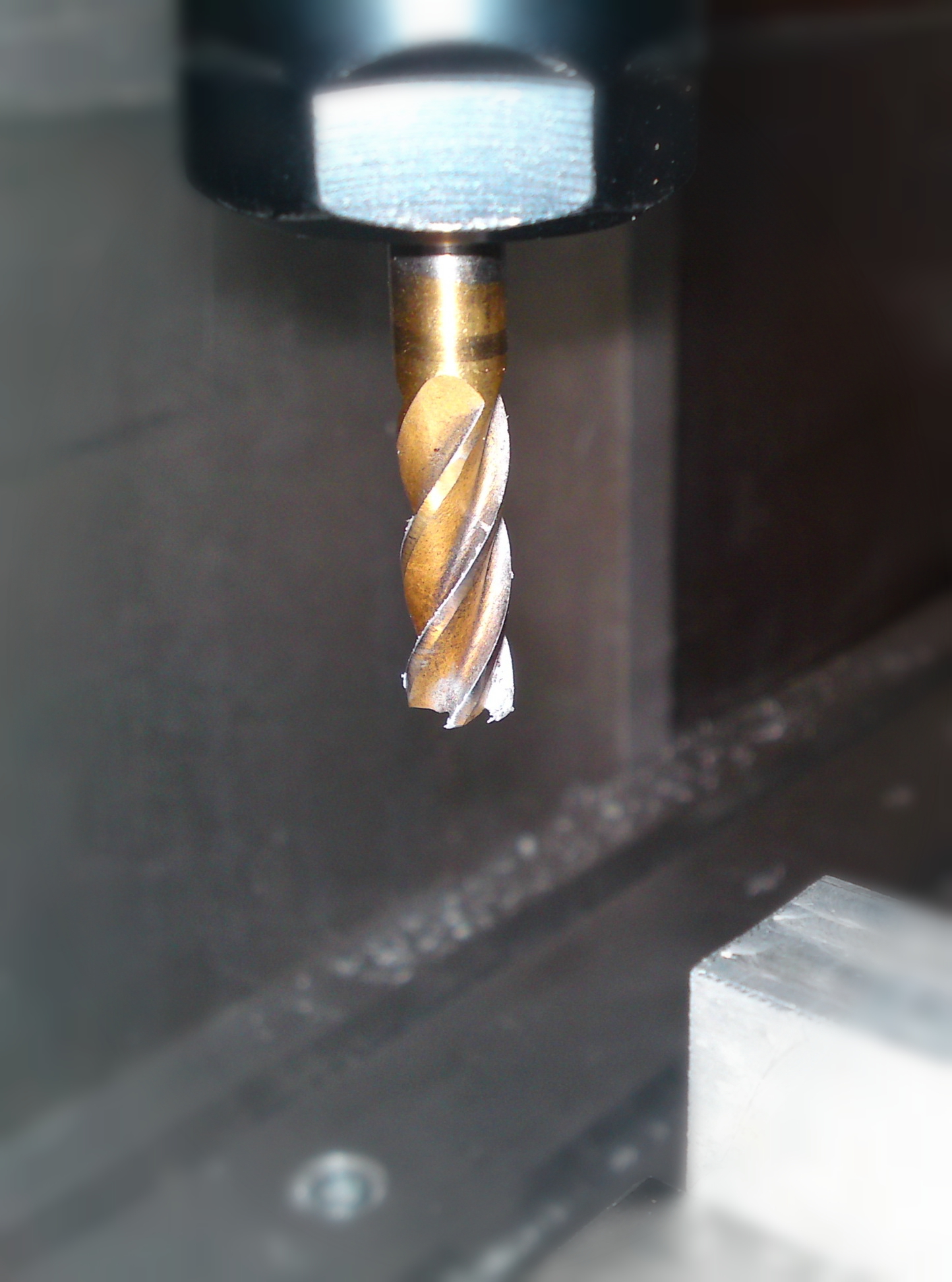 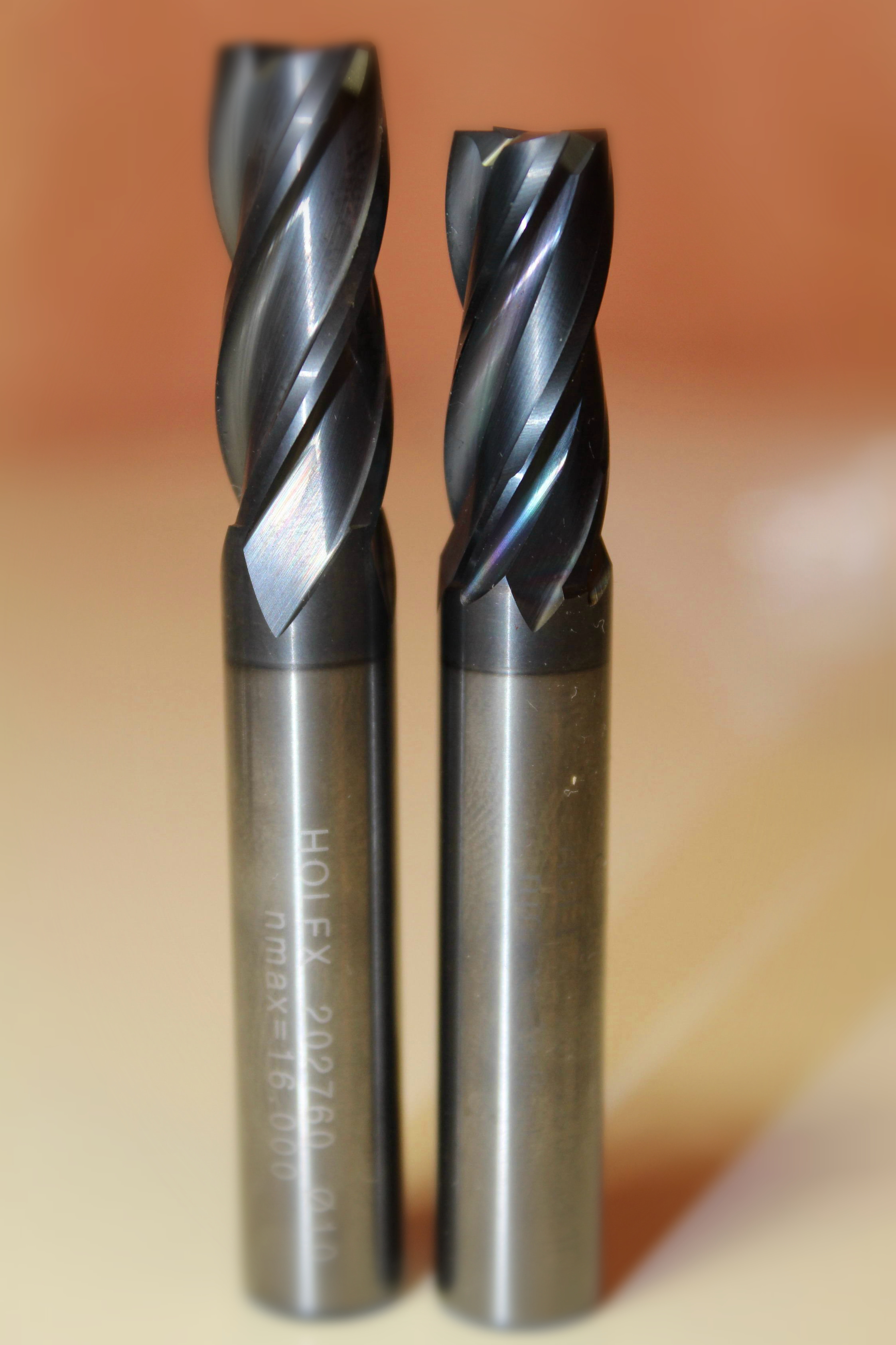 however, their ratio is a compromise between rigidity and toughness of the cutting tool.

If You need cutting tools for roughing with interrupted cuts, it must necessarily be a small front and back angle and chip breaker. This means more applied cutting force so when processing thin-walled parts the tool will vibrate badly.

There are ways of determining the wear of cutting tool. the easiest way to monitor the level of wear is to follow the appearance of shiny stripes. When processing the steel at the cutting appear shiny strips. In machining of cast iron cutting appear dark spots. In this case, the tool has outlived its vitality.

just an interesting way to increase durability of the cutting tool is at first used to reduce the flow in half to two times and so after working for them a couple of minutes. This kind of extra earnings cutting tool, a little scrugli cutting edge, increasing the resistance by 1-3%. it’s certainly not very much, but it’s no cost and it will take very not much time.

the design of the tool affects its stoikosty characteristics. The snap-in give the possibility to increase the metal removal rate, with insignificant increase of load on the spindle. The choice of tool also depends not only on the workpiece material, the required accuracy and roughness of the resulting product, but also on the equipment used. For example, when working with sub-spindle important parameters of rigidity and strength. When working on 5-axis machine tool for a cutting tool having a load of simultaneous multidirectional movement of forces. 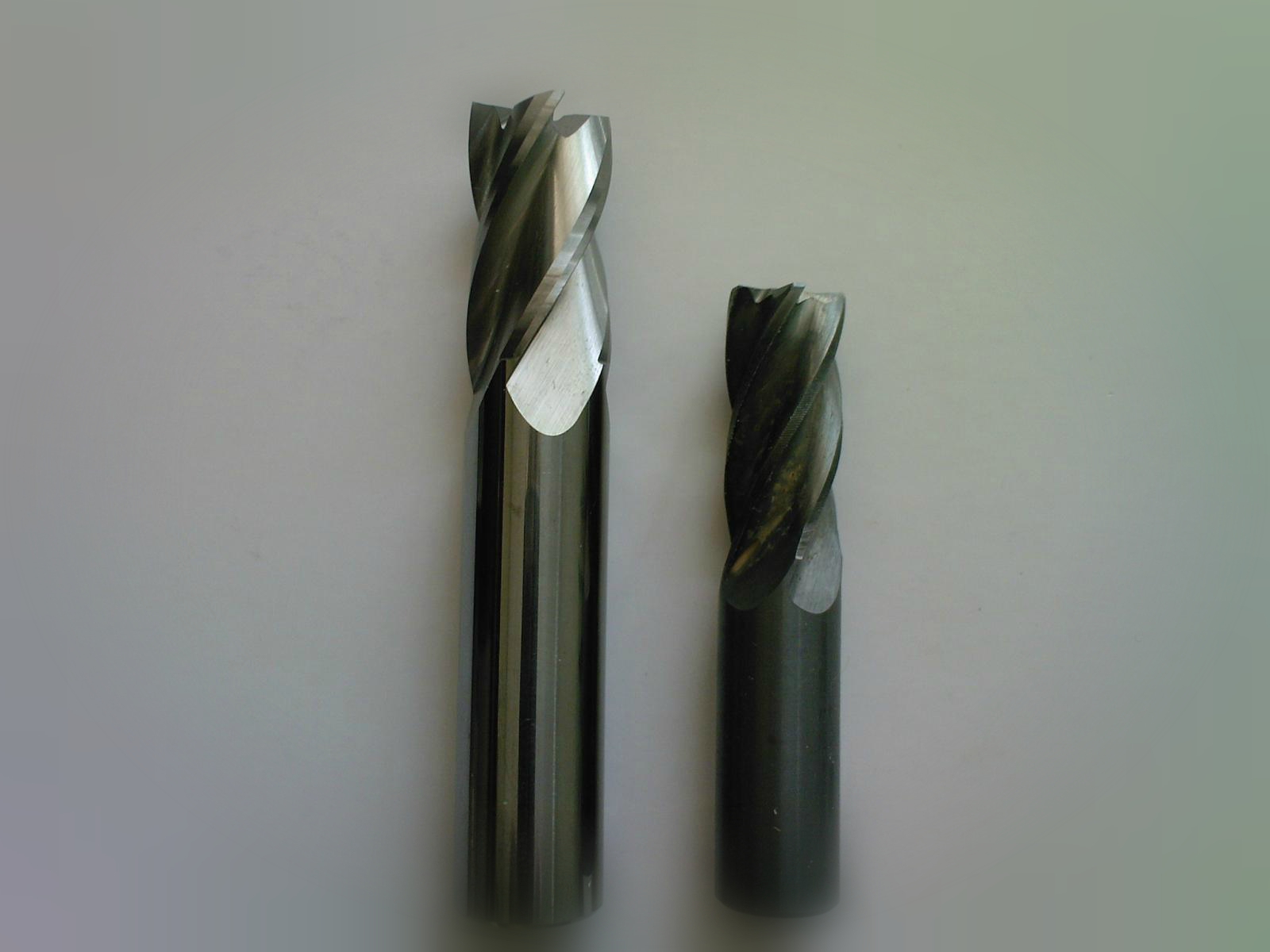 currently, the geometry of the instrument allows the processing of both edges of the plate including the additional cutting edges.

Example would be end mill with inserts identified DoveIQMill IQ845 from the manufacturer ISCAR. It has a groove-type dovetail under the cutting plate. A geometric solution completely eliminates vibration, increasing the fixation plate. This two sided insert has eight cutting edges, four on each side, which greatly increases durability. The main problem when designing such a tool is the solution to ensure a positive cutting edge angle for negative profile mounting dovetail. As they say representatives of Iscar, the result is became «the first mill identified bilateral cutting edges on the inserts with high positive rake angle (20 degrees) provides smooth and easy milling».

Another example of innovative design from the company Tungaloy. DoMiniTurn is a two sided plate with a positive cutting angle, which uses the geometry of a «dovetail».

«the Structure to which we are accustomed to, inserts with positive cutting angle is set in the groove, and in this case keeps only the head of the bolt. Plate DoMiniTurn make contact with the groove is more rigid and reduces the possibility of the shear plate due to the fact that it is fixed in the groove «dovetail» and tightened» – said the representative of Tungaloy. According to him, by itself, the plate has a negative angle of the rear outside edges when the installs in the groove. When the plate is flipped 180 degrees, an obtuse angle rear angle is a positive back angle.

Each material has different properties in the process of cutting:

Iron, high carbon and alloy tool steel have significant ability to abrasion, due to the high content of hard grains of carbide of iron. Therefore, the tool’s execution time when processing of such metals is always lower than that in machining of low carbon structural steels.

Stainless and Walaproclate alloys in the cutting process creates a molecular wear and tear, it is very hard to dissipate heat. 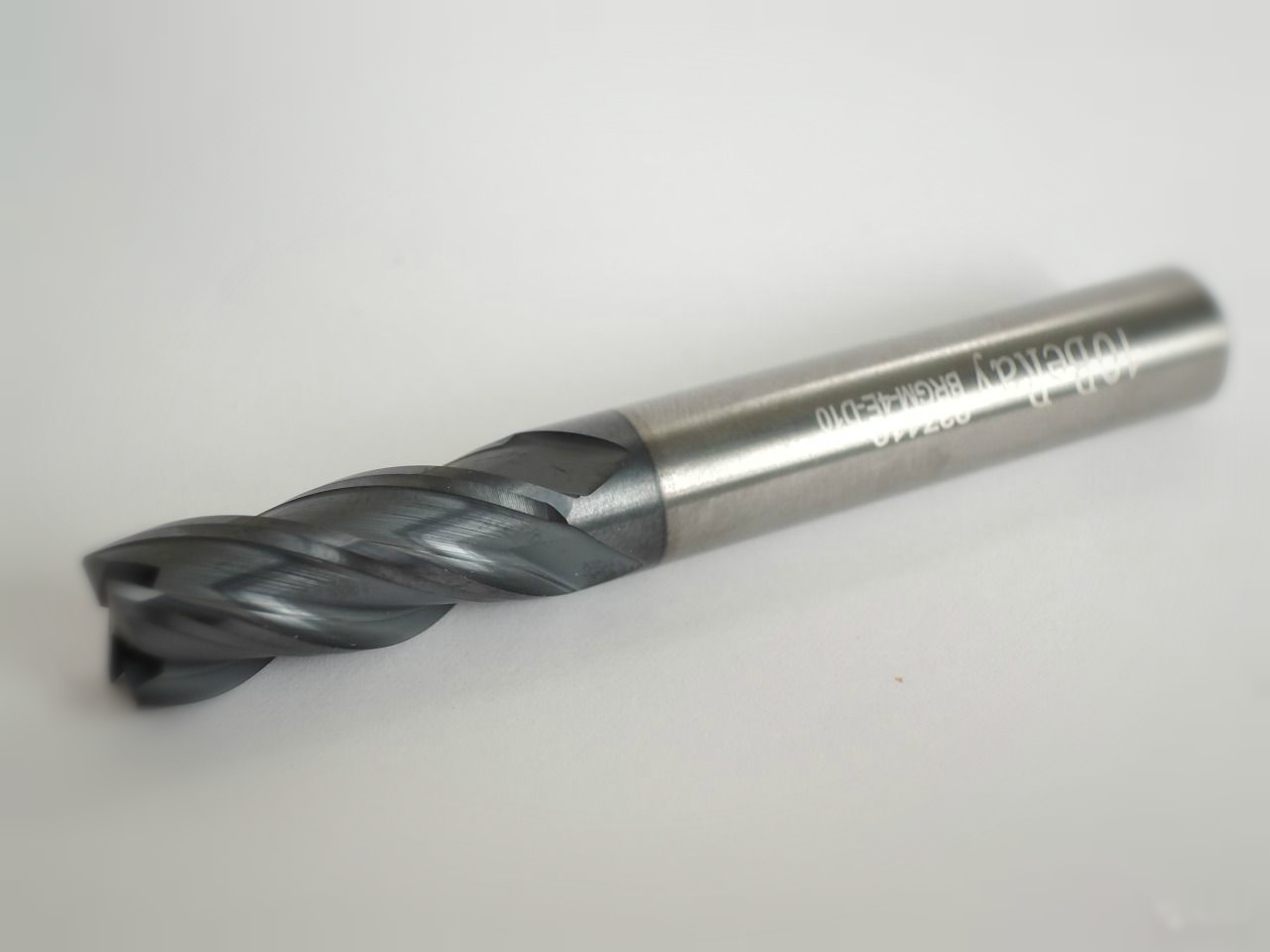 4 chip Control during the cutting process

Control the chip during cutting to reduce risk of failure of the tool.
Manufacturers of tooling to solve the problem of chip removal to increase the resistance in two ways:
coolant into the cutting zone through the tools.
the use of a chip breaker. 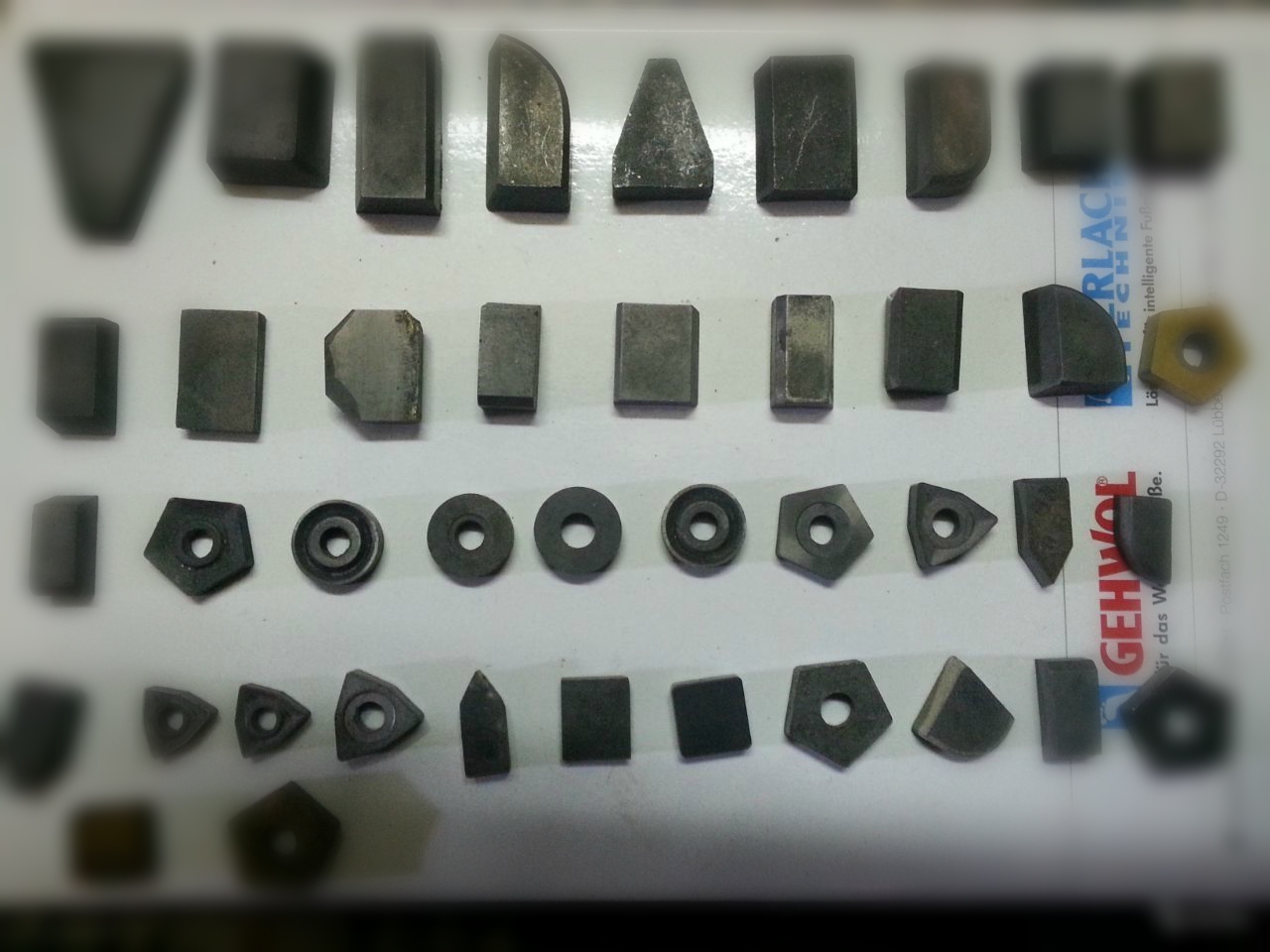 the geometry of cutting tools, swirling the chips in a spiral or crushing it, much improve chip evacuation from the cutting edge. The correct choice of these elements increases the resistance of cutting tool by 30-40%, depending on the complexity of the processing. The wrong choice can even lead to tool breakage, for example, if you use a chip breaker when machining aluminum, chips will quickly stick to the cutting portion and with insufficient flushing it with coolant will quickly lead to breakage. Also the design of chip breakers does not allow the temperature of the cutting zone to go with the chips on the wafer, which increases the tool life.
Tricholoma also selected for different types of processing (finishing, semi-rough and rough turning) are different, to obtain the desired chips and its successful removal. For example, when the black processing, the slice thickness is large, so the chip also has a greater thickness so it doesn’t curls, and it needs to be split.

All the materials during the cutting process produce heat , but not to avoid too strong heating, since the tool and the workpiece surface will be spoiled. One of the ways to reduce the increased temperature of the tool is to put a special coating on the tool reduces friction when cutting. 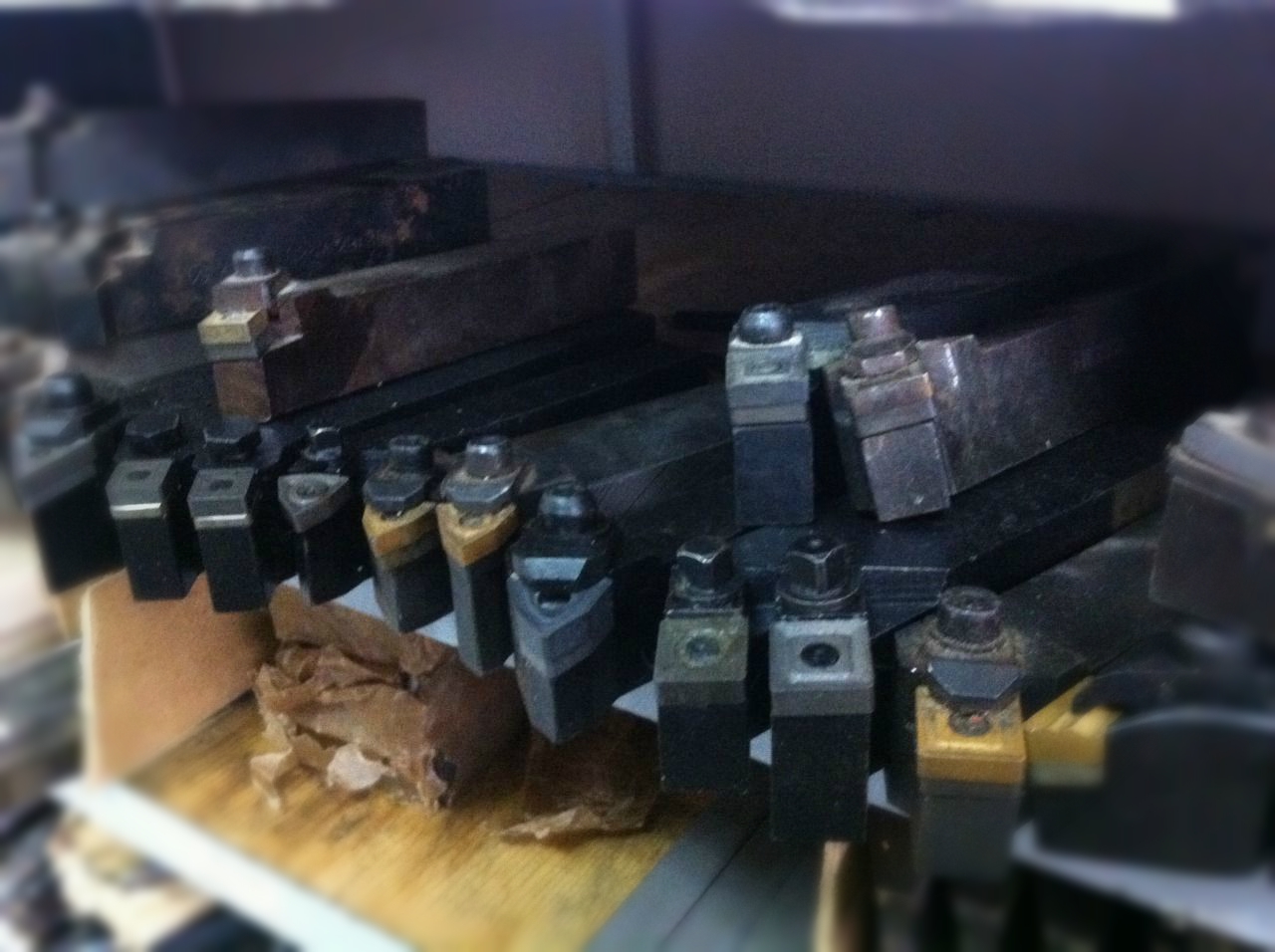 Cover form of CVD is always thicker than PVD, and very well protect tooling from overheating. Coating PVD look thinner, so they can cover the very sharp edges – they have good adhesion on sharp corners, when compared with CVD. Therefore, we developed a special layered coating with additions of different materials, even aluminum oxide.

currently by ion implantation, it is possible to obtain very thin coatings from almost any material that can significantly increase durability of the cutting tool, reducing the cost of its use. 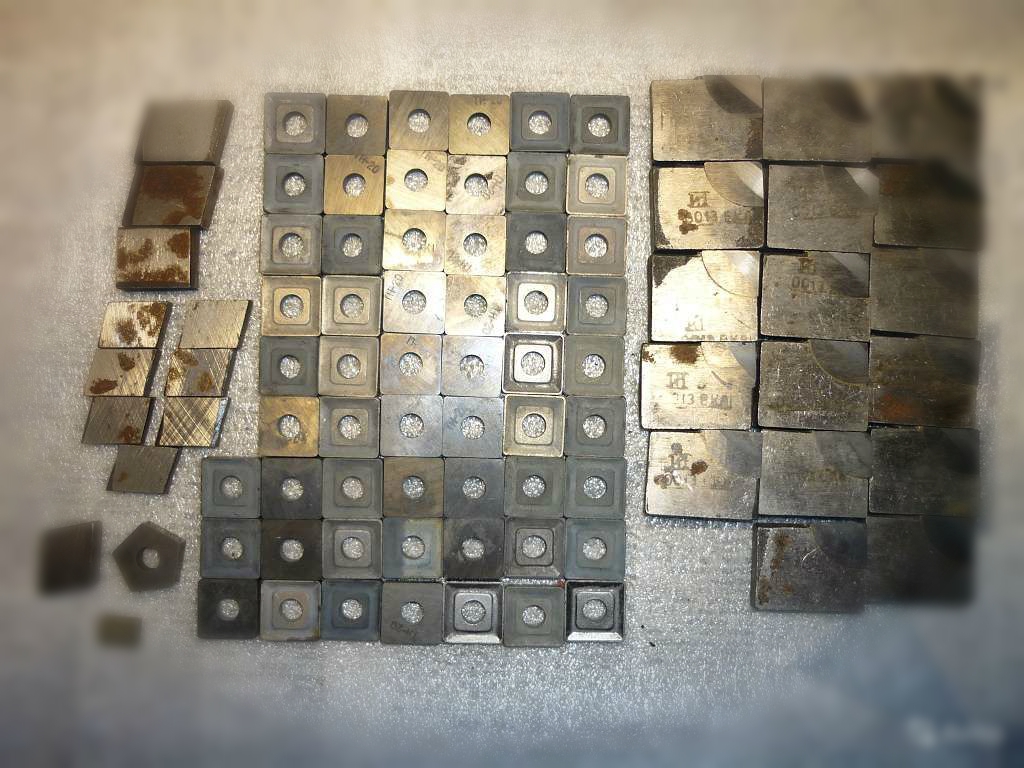 In my experience with the cutting tool, the value of resistance, when I selected the tool first worked on featured in the catalogues of the cutting mode. Cutters are to a certain time and then just break down. And they break down in details, often leading to marriage billet. After such failures mills just have nothing to sharpen. Therefore, the plant decided to forced change after 70% discharge resistance directory. In this technique, the cutting tool remains intact and in this case there is the possibility of regrinding, which significantly extended his life cycle.
Therefore, in the manufacture of products in single or small batch production mode cutting need to pick a gentle tool. This choice of cutting parameters enhances the durability of tooling and reduces the defect rate and improves the stability of product quality.