For one-piece cylindrical, disk, face and end mills, there is a trend

b) to reduce vibrations during milling, and consequently, improvement of surface finish impose unequal circumferential step, in which the teeth of the cutter cut into the workpiece through unequal time intervals, and varying feed per tooth. 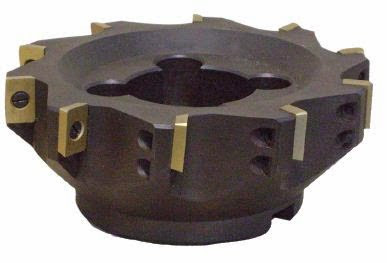 When designing the mechanical cutters, consider the following

a) the value of the principal angle of the tooth should be taken depending on the rigidity of the system AIDS and demand optimum durability and performance tool.

to increase resistance as the mechanical and the disk detachable cutters rational to introduce a transitional cutting blades .

b) while removing relatively large allowances in a single pass, if insufficient power milling machine or system stiffness AIDS, rationally applied instead of the conventional mechanical mestrez with step sharpening or installing blades-teeth . In the latter case, are cut thicker and narrow chips, which has a slight decrease of the specific cutting force;

C) when milling in a double fixture on a horizontal milling machine the ends of shafts, and parts with small planes have proven themselves so-called double-edged cutters, which in one move the machine is processing simultaneously the two parts. The item And is handled by the outer , and the part of B internal 2 blades of teeth. Thus, the performance of the milling process can increase by more than two times; 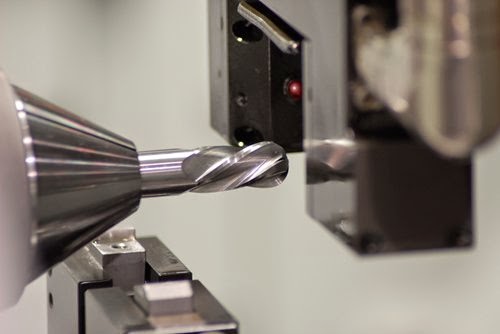 g) improving performance in milling of cast iron can be achieved by increasing the number of teeth of the cutter, which is achieved by using two or trehlistnyj toothed elements

e) by analogy with the one-piece from prefabricated structures of face mills are also efficiently perform uneven circumferential pitch.