In today’s world there are many examples of technical solutions in one area find application in another. And so it happened with insulating engraving tools. First, they were issued for the implementation of engraving parts and products. Then began to be used in the manufacture of prototypes of printed circuit boards.

Until that time, the production of printed circuit boards were made using traditional chemical etching, which consisted of many processes. This involved equipment that had taken a large production area. The processes themselves have also taken some time. At the stage of development work, even when it is necessary to test a huge number of options that were completely unacceptable.

it was Therefore suggested that the solution to the situation of using machining to obtain the prototypes of printed circuit boards. At the same time it was necessary to understand to provide a good quality printed circuit Board need to have quite strict requirements to such instruments. This is, firstly, a peculiar geometry that allows to perform machining without burrs, and second, it needs to be strong enough and at the same time balanced to avoid uneven edges, thirdly, to be able to mill recesses of a width in hundredths of a millimeter.

In the end, we developed a special type of engravers, which are called the isolation engraving tool. What is he like?

What is the isolation engraving tool

the Essence of the process consists in engraving the copper foil on the circuit Board to the same depth with the help of the engraver. Thus formed insulating channels.

This tool is a body of rotation. Consists of elements such as the cutting part and the shank. Traditionally, the shank has a cylindrical shape. This is due to the small size of the cavities and the workpiece material. This is mainly copper.

Size tops cutting edge is in the range from 0.05 to 1.0 mm depending on the required topology. Its slope angle generally equal 60, 90, or 135°. This allows you to prototype printed circuit boards with a complex pattern of conductive paths.

the Cutting part of some models of the tools has a cylindrical shape in which a spiral groove. This ensures the final machining without burrs.

This tool is made of tungsten steel, hard alloy. As a result, it possesses very high strength characteristics, which is important for high-speed machining and its small size.

Cutting edges additionally can have a special coating that is designed to increase their wear resistance.

Their use is popular in almost all industries where there is a need for printed circuit boards. In particular, the following areas:

in Addition to the manufacture of printed circuit boards, these tools can be applied to process materials like plastic, non-ferrous metals, composites. This is possible due to its high strength and durability.

normally, the treatment is carried out on CNC engraving-milling machines with programmed control. This allows to achieve the high precision engraving.

basically, this tool differs in shape of the geometry of the cutting part and the presence of helical grooves. According to the criteria provided by the engravers with screw groove or flat area.

This engraver is a tool with the cylindrical cutting part. Designed specifically to handle the isolation channels on printed circuit boards.

Its special feature is that the working end of the tool is cylindrical. It has two cutting edges. The total grinding angle can be 90 or 135° depending on the process requirements.

For chip removal on a cylindrical surface machined spiral groove. The pitch uniform and often does not exceed three. This is because the thickness of the copper foil on the Board is small and amounts to several tens of fractions of a millimeter.

Between the cylindrical cutting portion and a shank there is an area of conical shape. Here the slope of the generatrix of the cone to the axis is 30 degrees. All this provides excellent balance while processing.

Due to the absence of radial runout and the need for preliminary alignment of this tool it is possible to obtain very clean surfaces of the channels. He therefore demanded for engraving channels with exact sizes and a rich pattern of paths.

For the treatment of channels can be used conical engravers with a flat area. It consists of a cutting part and the shank, which has a cylindrical shape.

Profile of the cutting portion is a cone or a pyramid. The angle of sharpening the cutting edge can be 60 or 90° depending on the desired dimensions of the channels. In the first case, can be used to engrave grooves with the size of 0.2 mm, and the second pads with a width up to 1 mm.

Usually conical engraver has one, two or three cutting edges. For engraving on printed circuit boards, it is advisable to choose from the two edges.

For more precise fixation and exact determination of the vertical position of the tool in the spindle on the shank may be a retaining ring of plastic. 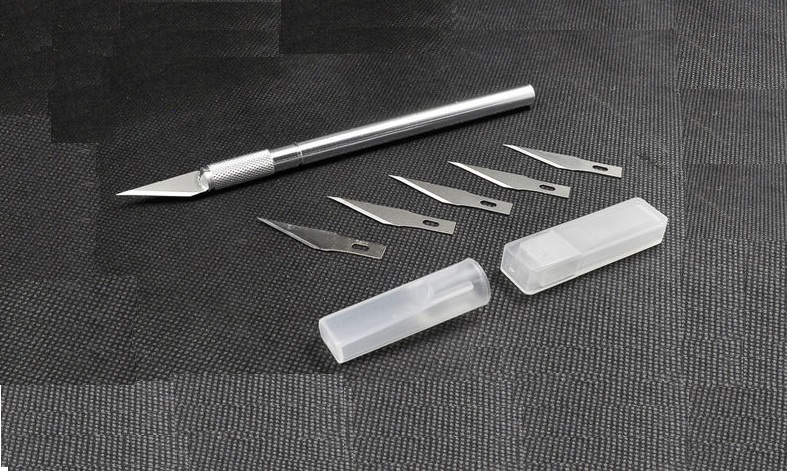 it is Worth noting that the engraving is not limited only to the use of engravers of the above varieties. This can be used by ordinary end mills for removing the copper foil over large areas and drill bits for making holes on the PCB. Only when it is necessary to pay attention to the material from which made the tools. This is due to the small size of the surfaces being processed.

Process isolation channels on the PCB is performed at high speed, reaching tens of thousands. This is because at lower speed of rotation of the spindle the tool can push the material.

At these speeds, the presence of even very small chips can lead to the violation of surfaces of the channel. It is therefore necessary to provide rapid chip removal from the cutting area. This is done by using counting tubes, of which compressed air is supplied. Due to the fact that shavings of copper are light in weight, it is quite enough.

In General, the selection of the isolation engraving tool is dependent on the complexity of the topology of the conductor paths, in particular the dimensions of the insulating channels and areas, and parameters of the technological process.