Ever Since was cast the first metal object, it became necessary in processing. First used the so-called method of extract. It was the fact that with the help of chisel extorted some form and deepening in the metal. However, it was a rough treatment with the use of manual labor. The method did not allow to achieve any precision, nor compliance with desired shapes.

Then in the XVII century was invented the first machine for producing circular cylindrical objects for telescopes. In contrast to the methods of knocking out, these machines not only to regulate the depth of treatment and to realize a more accurate transmission of torque. Here for the first time an attempt was made to automate the process of metal cutting.

In engineering, the first machines appeared during the industrial revolution. This has contributed to many of the demands of wartime, and as a result, the need for more advanced weapons. Since then, machinery has come a long way and has acquired computer management. However, the method of treatment remained the same. This removal of the metal layer of the workpiece by the tool.

the metal surface Treatment using the cutter is called milling. With it comes the treatment of surfaces, protrusions, grooves. Used mills different geometric shapes, including Endnotes. End mills for form represents a body of rotation.
End mills are produced with cylindrical and tapered shanks. The difference between them consists only in the form of a shank. 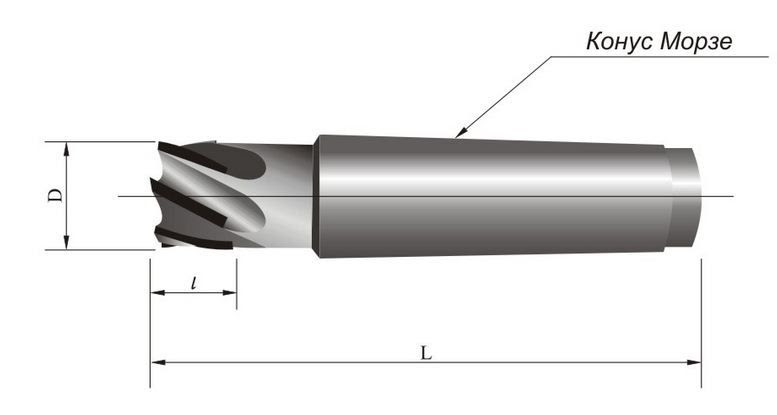 Cylindrical shanks take place up to a diameter of 20 mm. At the larger values are cutters with tapered shank. At the same time, the latter have higher values of the working length that allows you to mill deep notches and grooves in detail, for example, housings of electric motors or internal combustion engines, as well as semi-open surfaces.

end mill attached vertically from the shank to the machine spindle, which corresponds to the form. The conical shape of the shank provides smaller values of radial runout than when using cylindrical.
At the other end of the cutter, namely on the lateral surface are arranged cutting edges. They are cutting the metal layer. The output of the chip provide the grooves formed between the teeth of the cutter.
Also, these cutters have a diameter up to 63 mm, which shows good versatility of cutters of this type, and allows you to do in most cases without any adapters.

the Use of tapered shank allows you to easily and quickly change the tool during the process. Also, this mill has better centering and a secure fit. This is especially true when the conveyor manufacture, automatic transfer lines. All of this ultimately provides a good quality of processing. So what are end mills with taper shank?

standard Sizes of end mills with parallel shank is regulated by state standard GOST 17026-71.
these cutters are available in two types. First, with a normal tooth and the second tooth with a large. Depending on the diameter and number of teeth on the tool can reach up to 8. Teeth can be proregime and laboriously. Moreover, the cutters of the second type are produced only on order.

Conical shank is produced only in the form of a cone Morse. In turn, the Morse taper is a standardized tool mounting. They can be solid, lug or threaded. Legs or internal threaded hole in the shank is designed to be more secure the cutter in the spindle. Often the standard length of a cone Morse for a selected cutter diameter is excessive, and then used a shortened version.
the geometry of the cutting cutters is a crucial factor when choosing. This includes parameters such as the shape and size of teeth, angle of taper.

the Teeth have a front, on which chip, and the back facing to the workpiece surface. The line of intersection of these surfaces of the tooth forms a cutting edge.

the angle between the front surface of the tooth and the vertical line passing through the axis of the cutter, called a front. The magnitude of this angle is chosen in the range from -10 to 20°. The choice of specific values depending on the hardness of the workpiece material. For example, for processing materials of high hardness suitable to use a cutter with negative rake angle, which allows to avoid frequent tool wear.

the Angle between the back and treated surfaces is called back. The value of this angle affects the friction of the rear surface of the teeth of the cutter at machined surface of the workpiece. With his increased value of friction decreases, and as a result, the output is more clean surface. It also helps to reduce the wear of the teeth. On the other hand, the increase in clearance angle reduces the wedge angle, which affects the strength of the tooth.
the Teeth of milling cutters are spiral and straight. The second type is quite rare.

screw pitch along the length of the cutting part of the cutters are made equal. Sometimes closer to the shank of the screw pitch is shortened to provide more rapid access chip. 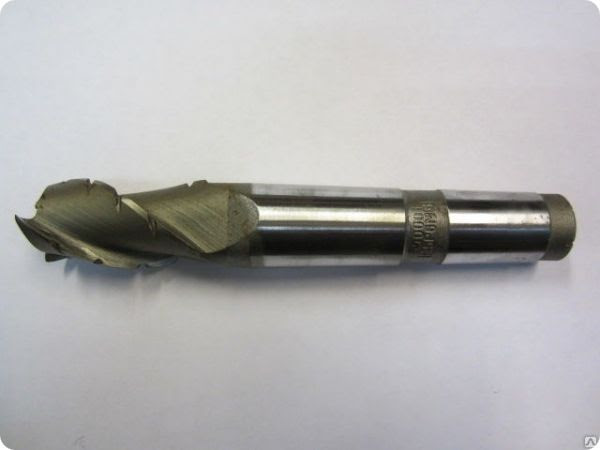 the angle between the front and rear surface is called the angle of taper. The strength characteristics of the tooth are in direct proportion to the magnitude of the wedge angle. If this angle is chosen large, then the strength of the teeth increases, but deteriorating its cutting properties. This requires more engine power of the machine to ensure good quality of processing.

In General, the selection of the end mill is dependent on the process parameters and workpiece material.