it is Impossible to imagine handling most of the details of machines, mechanisms and devices without the use of such high-performance cutting tool, like milling cutters. 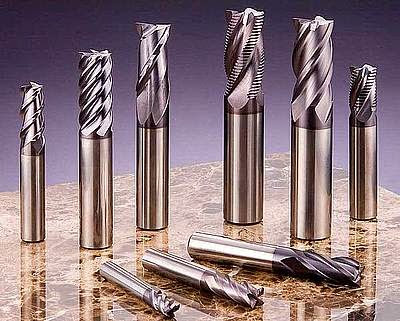 it Should be noted that the first mills appeared in the XVI century They had a spherical shape coated with her teeth, and in appearance resembled a strawberry, hence the name of the tool, as the word fraise means strawberry.

currently, the mill is used widely and for various types of processing. They are roughing and finishing of surfaces, and the recess grooves and key grooves, cutting metal and non-metallic materials, milling of the gear teeth, spline, and other similar compounds, processing of all kinds of both inner and outer surfaces of straight and curved form, as well as bodies of rotation. 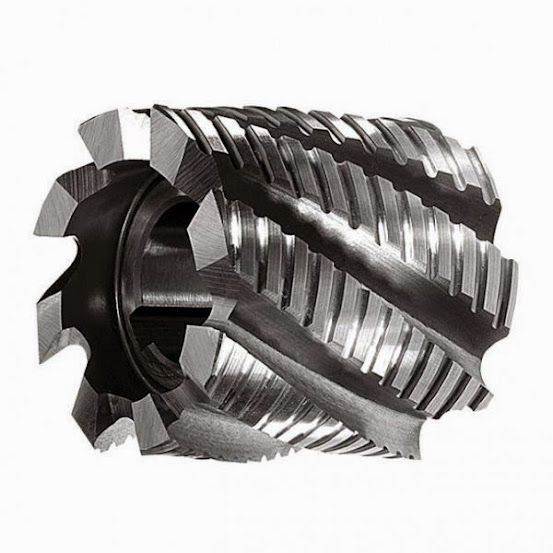 the shape of the teeth of cutters, on the basis of technical and economic feasibility must satisfy the following requirements

a) to create conditions for the free placement and removal of chips from metsubou flute due to its optimal shape, size and direction;

b) ensure sufficient strength of the tooth and in the best conditions of the heat sink is massive;

с) avoid the concentration of thermal stresses and cracking during heat treatment the cavity should be without sharp corners and abrupt transitions;

d) ensure the greatest longevity of the tooth of the cutter for optimally acceptable amount of regrinding.

1. Cutters with pointed or sharp teeth with the rear surface in the normal section, delineated by a straight line, and the back of the tooth, feature a straight, broken or crooked line. The regrinding them made on the rear surface.

2. Cutters satyavani teeth, rear surface of which is contoured in a spiral of Archimedes and logarithmic rarely.

In turn, it is necessary to distinguish three types of tooth shape, razor-sharp cutters.

Trapezoidal tooth form is simple in design, but provides insufficient flute and strength of a tooth. It is used for cutters with fine teeth, which have a circumferential pitch less than 10 mm and the ratio of cutter diameter to number of teeth less than three. In this case, the tooth height is 6.5 to 0.65 D. the pitch of the cutter.

At the parabolic shape of the back of the tooth has a curvilinear shape. Most often it will not be formed by the parabola and an arc of a circle of radius R, equal to 0.3—0.45 cutter diameter. It should be noted that the constant width of the ribbon when regrinding the rear surface is provided, if the angle between the tangent at point A to the arc of a circle radius and a continuation of the rear surface will be equal to 10-15°. Use the form milling cutters for large tooth efficiently in the case where the cutter are increased requirements regarding the strength of the tooth and increase the chip flute. So, for example, end mills with coarse teeth, working in relatively harsh conditions, it is rational to give the back of the tooth specified form. 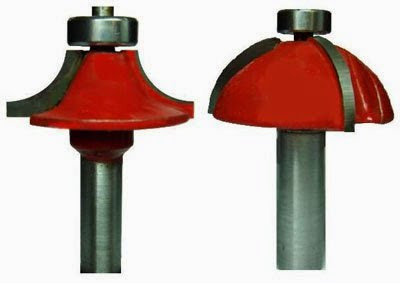 Connection cutters with the machine and the rational use of tool material. Depending on the sizes of constructive elements of the mills and requirements ensure manufacturability of the design and rigidity of the system AIDS used mills are divided into tail and shell.

Mount tail cutters is carried by a cylindrical or conical shanks directly in the spindle of the machine, and with the use of reduction sleeves and cartridges. The base surfaces of shaft mounted cutters are mostly cylindrical bore and face the belt. In this case

Cutter is mounted on the mandrel PLI directly on the machine spindle.

In turn with the aim of rational use of tool material on the basis of technical and economic feasibility, the cutters can be manufactured as a one piece construction made of tool steels or hard alloys, and prefabricated structures.

one-piece cutters are usually made of relatively small size (to 90 mm). In this case, using tool steel, powder-coated hardmetals, milling cutters with brazed plates; hard alloy and similar design. As a result, possible with a relatively small diameter to accommodate a relatively large number of teeth on the working surface of the tool. However, significant shortcomings solid design is the impossibility of replacement during operation of the cutter separate the broken teeth, and a single use case.

Prefabricated cutters do not have these disadvantages, as performed with inserted knives HSS or equipped with replaceable carbide inserts. 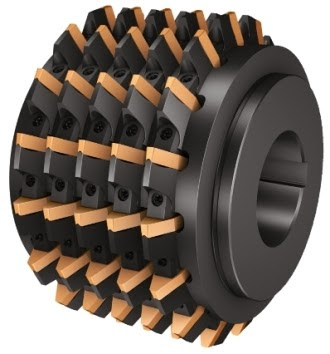 Disc one-piece triangular cutter in order to allow recovery of the size by the width of the cutter after regrinding can, as a cylindrical cutter, run of the compound. In this case, with a view to cutting off one-half of a tooth of the cutter tooth of the second half in place of the joint is provided by a special lock connection.

this group of cutters includes a cutting mill saw blade used for cutting workpieces, it Should be noted that the disc cutter as opposed to a plain have the ratio of cutter diameter to its height is much greater than one.

3. End milling cutter with teeth on the cylindrical and end surfaces are to handle planes. In contrast to the double-sided disc milling cutters mount them on the machine console. Shell end milling cutter have at the end a special ring groove under the head of the bolt.

4. End location of the teeth on the working surface and mount them on the same machine tor new mills. However, due to the fact that they are mainly used for the milling of surfaces that are inaccessible for machining of cylindrical, disc and end mills, the ratio of height to mill diameter end mills always have more units.

5. The corner cutters are designed mainly for p grooving on cutting tools and machine parts and devices, as well as inclined surfaces.

6. Shaped cutters are used for surface treatment in various fields by copying, and therefore, the shape of their working surface conforms to the shape of the processed surface. 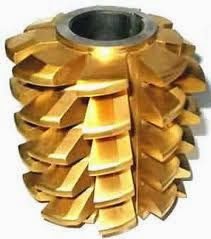