Movement of the actuators in CNC | Metalworking 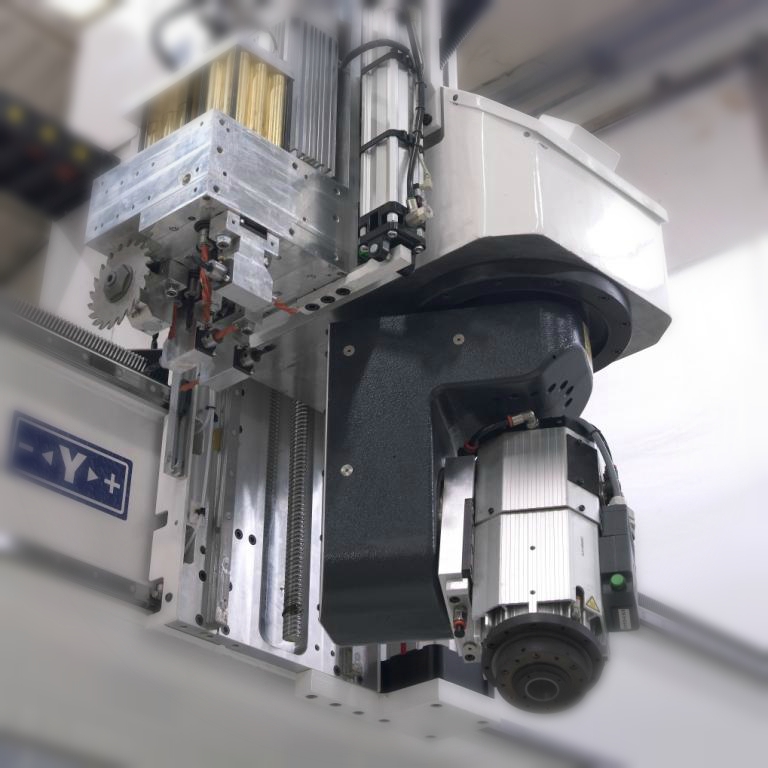 Common coordinate system is a right orthogonal system associated with the part, the axis of which is parallel rectilinear rotating elements of the machine.
straight-line displacements are considered in the coordinate system x, Y, Z. a circular moving mean with capital characters of the Latin alphabet: A, B, C. In all machines, the Z axis is the axis of the spindle main drive, i.e. spindle, a rotating tool (lathe, drilling-milling-boring machine), or the spindle, the rotation of the workpiece (lathe machines).
the Z Axis is an axis perpendicular to the working plane of the table, which is attached to the item.
the X-Axis almost always located horizontally to the plane of fastening of the workpiece. On machines with a rotating workpiece, for example, turning, moving the X-axis oriented to the radius of the workpiece. The X-axis and located in the plane of the working zone of the machine perpendicular to the spindle.

the Drive of the feed is one of the main units characterizing the efficiency and accuracy of CNC machine tools. It generates the control signals the actuator for moving the line of movement and positioning at a fixed coordinate, a huge sense of improved performance of the engine control and the control circuit taking into account the kinematic chain of the actuator.
Improvement of CNC has allowed to increase rigidity and precision machine parts and precision feed drive. Drive at fast speed of movement in modern CNC has the speed to 50 m/min discreteness of movements — 1 nm.

High performance is characterized by a thyristor driven with low speed and high torque of a DC motor (Fig. 1). The motor has a large moment of inertia, ensures excellent dynamic properties, resulting from the use (for the excitation) of high-energy ceramic magnets, can withstand 10-15 times the peak factors in the absence of demagnetization.

In drives with high-torque engines in almost all cases, eliminated the need for reducer or significantly simplified its system to reduce the dynamic load of the drive devices and its impact on transients. To make the cutting process with a huge force is allowed only in the amount of 15-20 % of the speed of rapid movement.

Despite all the advantages, for example higher torque motors with direct current is not used in modern CNC. Largely, this is due to the presence of collector nodes in the motor system. Unreliable and short-life site, the collector leads to frequent failure of the drive. Therefore, the machines are more widespread synchronous motors. They have good properties. The rotor itself of the motor is made of high-energy magnets and coils are in a stationary stator.
the System drive axle is controlled by the UE, describes the input signal as a function of time for each coordinate.
the Drive is tracking owns at least 2 meters, an inverse relationship of speed (Tacho). The feeding device is selected based on the moments of inertia of the elements of the kinematic chain and the load load moments (cutting or idling), travel speed and time transients (start, brake, reverse).
Even with low-precision positioning is performed in two main ways:

disconnecting at a specified position with the subsequent reverse at a slow speed (Fig. 2.).

In the first case, the additional commands that are associated in cyclic control systems with the installation of another team on. Therefore, in cases where the overrun set point for example, a preferable second method. 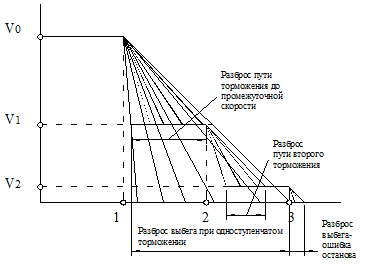 to subtract the amount of the overrun (i.e. the path of the working fluid after receiving the command of pausing) used the ways of active braking. An example of this method is the introduction between the main (braking) and 2nd (disable) commands to set the intermediate speed.

drive System with stepper motor (stepper motor) is divided into categories:
stepper motor drive, connected through a kinematic chain drive;
linear actuator with a stepper motor.
Synchronous electric motors is an innovative high-speed stepper motors. Winding in synchronous electric motors that are excited with non-sinusoidal signals, i.e., rectangular or step-like voltage pulses with changing in a wide range of frequency. The phased nature of the stresses in the phases of the stepper motor leads to a discrete rotation of an electromagnetic field in the air gap of the motor. As a result, the displacement of the rotor at low frequency consists of a sequence of simple steps, produced by aperiodic or oscillating the law. As the frequency increases, the unevenness of the frequency of rotation of the rotor of the stepper motor is smoothed. 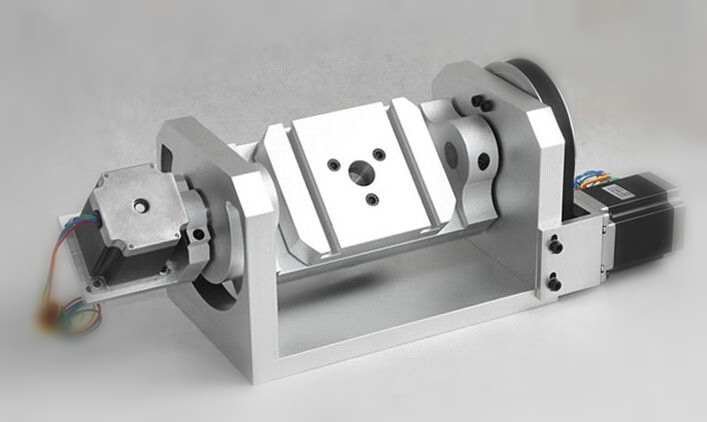 A significant advantage of the technology of linear direct drives is the actual absence of effects of elasticity, backlash and friction and vibration in gear boxes. The result is considered the highest dynamics and accuracy nodes. When using the measuring system and climate control such engines have all the chances to make movements with nanometric accuracy.
Despite all the advantages, drive the linear stepper motor has a number of shortcomings:
— limited carrying capacity (thrust 14 kN);
— lack of self-locking when removing the power supply voltage;
the highest value.

a Drive of auxiliary mechanisms

accessory Drive are hydraulic, pneumatic, electric.
Hydraulic drives guarantee a high smoothness of movement and a large range of speeds. Hydraulic drive guarantees the protection of the system against overload. By shortcomings can be attributed to the emergence of external fluid leaks.
In CNC hydraulic drive is used for automation support mechanisms (turrets, tool stores, the machine automatically boot, satellites, devices, clamping devices).

to move the output link hydraulic motors are divided into:

hydraulic motors (with unlimited rotational speed of the output link).

the Rotary hydraulic motors are used for the implementation of rotational movement in the angle of 270°. Engines consist of a body, 2 caps, shaft with blade, a stationary fence, seals and fasteners. The shaft is mounted on 2 bearings in the caps. These engines are used in industrial robots. 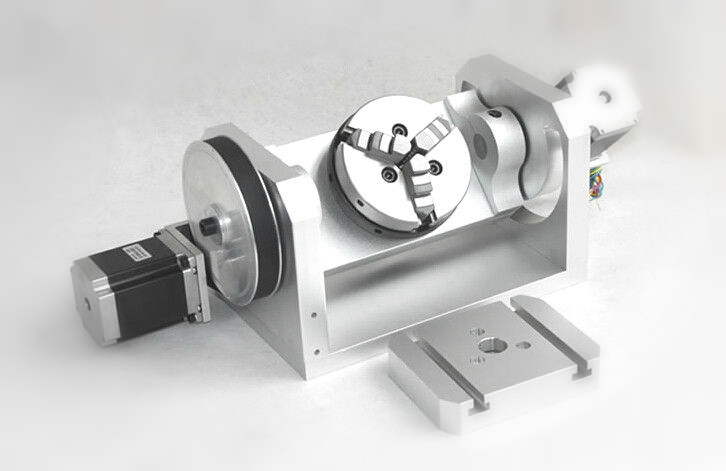 Pneumatic actuator provides high speed of the transmitted movement of the actuator, have small dimensions and very well protects the drive against overload. In NC they are mainly used for automation of ancillary movements in those embodiments where the movement needs to increase productivity.

← The receiving thread prior to coating Improved productivity in turning →