Engraving was invented in China in the fourth century. There they were used for marking the dials on the shadow clock. Since then and almost until the present day have used primarily manual methods fine small material handling, including labeling. This action was carried out with the help of cutters of different shapes. In particular, the known tool is the chisel. However, the manual methods did not allow to obtain good quality engrave the surface. 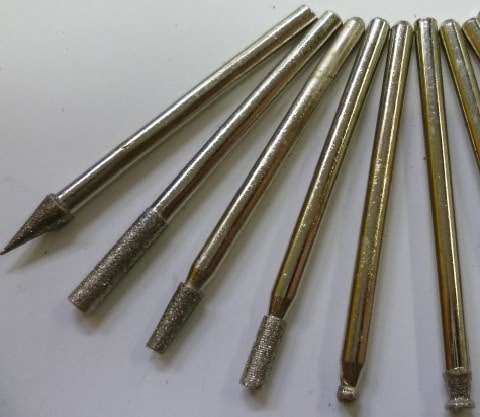 With the advent of solid tool steel and high-speed, can withstand large shock loads, this trend has changed. Made possible the creation of instruments of small size, designed for high-speed machining. So there were the engravers.

Engraver is called a type of milling cutter designed to perform engraving work. It is a body of rotation, which comprises a working part and shank. The engravers shank has a cylindrical shape unlike end mills, where it may also be conical. The shape of the cutter may take various forms depending on the type of work and material procurement. The most common milling with a conical cutter with a flat area.

Engraver works on the principle similar to conventional drills. Cutting of material is carried out using mechanical cutters. As a rule, the depth of cut when engraving small. This value can be achieved for steels up to 0.5 mm, and for softer materials like wax, wood, non-ferrous metals up to 5-6 mm. For this reason, engravers on steel are usually performed without the elements of the working part, which are intended for chip removal.

Mostly engravers are made of high speed steel R6M5. They are designed to work at high speeds and shock loads, and high temperatures and are suitable for cutting steel most brands. At the same time for machining stainless steel, used engravers with a touch of cobalt. For engraving on the surfaces of soft metals such as brass, aluminum, plastic is the most suitable tool made from alloy steel.

Engravers constitute the bulk of the tooling milling and engraving machines, copiers, and machines with a pantograph, which allow you to perform the engraving operation in industrial scale. However, such equipment can perform work only on strictly flat surfaces of the workpieces.

For engraving on the circular and other uneven surfaces have been developed electric tools brands like Dremel. Direct transmission of torque from the motor to the spindle is allowed to achieve high speed of rotation of the cutter. Due to the simplicity of operation and relative affordable, they quickly gained popularity among both Amateurs and professionals.

adjusting the speed of such equipment is performed in a wide range from a few hundred to tens of thousands rpm. All of this eventually made it possible to automate the engraving process.

Where is the engraver?

Engravers in mass production used for the manufacturing of labels, cliches and the measuring scales, the labeling for details.

Also they are indispensable for performing fine work in the following areas of activity as:

— production of souvenir and gift products; 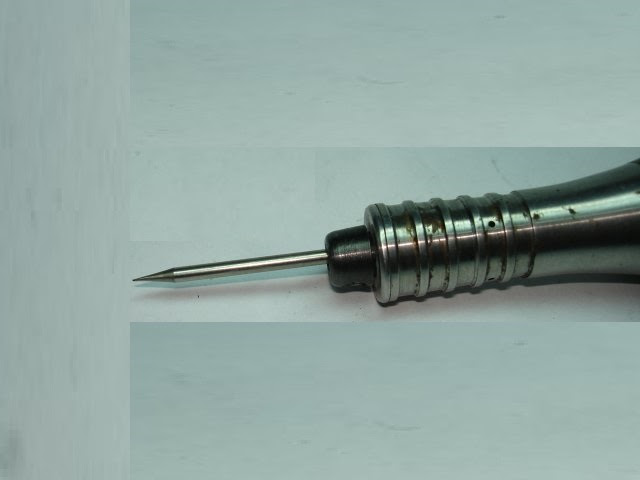 Here the use of these end mills are engraved inscriptions and patterns, cutting thin sheet metal along the contour, creating three-dimensional reliefs and forms.

In jewelry engravers indispensable for the machining of workpieces with deep relief. Their property of withstanding high-speed rotation allows you to perform high-quality processing of precious stones and metals.

recently, In advertising and furniture industry is gaining popularity 3D engraving, which is performed by computer-controlled machines. In particular, production of advertising signs, art processing and engraving of bodies of revolution from plastic and wood.

All this became possible thanks to the gravers of various forms. Therefore, it is advisable to understand what are the engravers?

These instruments vary in the shape of the working part and have the same cylindrical shanks. In General, they can be divided according to applicability for engravers with a spiral groove and steel. Cutting edges can have a straight, conical, spherical and pyramidal forms.

For soft materials such as wood, plexiglass, acrylic and wax, used by engravers with a spiral groove. The difference is that the length of the working part of the cutter a helical groove. Its presence provides the best separation of the chip and its subsequent removal from the working area. This allows you to do deep engraving of reliefs and forms.

In the profile shape of the screw grooves can be in the shape of a cone and cylinder. In the first case, the tool has at least two helical grooves, and the second – most one.

These tools are characterized by the absence of radial runout and the need for pre-alignment, allowing you to achieve impressive results of processing, e.g., engraving on the surfaces of wax patterns.

For cutting of hard materials such as steel are used engravers with one or two incisors conical in shape and flat area. Also known engraver with cutter in the shape of a pyramid for hardened steels.

As a rule, working part length is small, and the cutting edge has a very small size and depends on the hardness of the treated surface. All this increases the reliability and durability of the tool.

As already mentioned, due to the very low treatment depth, when working with these tools there is no need for the organization of the chip. Cutter engraver maybe have a sharpening angle of 30, 45, 60 and 90° depending on the desired shape of the resulting faces and the hardness of the material. Also on the surface of the cutting edge sometimes is applied to the coating to improve strength characteristics.

To improve the reliability of fixing some models of cutters for engraving cylindrical shank sharpened at flat angles to opposite sides.

While engraving became necessary to take measures to cool the working area. This is due to the high values of the rotational speed of the tool and the low thermal conductivity of the material. Usually used coolants and lubricants. It is also recommended to provide a minimal departure from the engraver spindle or collet.

From the nuances can be noted that the density of the lines of the applied pattern and patterns affecting the choice of cutting edge angle of end face of the engraver. For example, if pattern lines are close to each other, it is often not possible to use cutters with an angle of 60° or 90°. Also to engrave the same pattern can be applied to different engravers, with a few visits. This is especially true when processing stones, the faces which tend to crumble.

In General, the choice of a particular engraver is based on the material and the shape of the surface of the workpiece, the dimensions and angles of the treated area.